Early Insights into Rural Adoption of M-Payments in Mexico

“Sending money home” has for a long time been the mantra for the adoption of mobile money. However, early evidence suggests that in a small, isolated community in southern Mexico, people find mobile accounts more useful for saving and conducting local P2P transactions.CGAP has worked closely with Telecomm Telégrafos in Mexico to find out if people in isolated communities who lack cellular coverage, and are far away from any financial institution are willing to use a mobile account, and if so what kind of transactions are they more likely to carry out.  We want to understand how mobile accounts are adopted under these conditions and what is the value proposition in the eyes of the consumer. 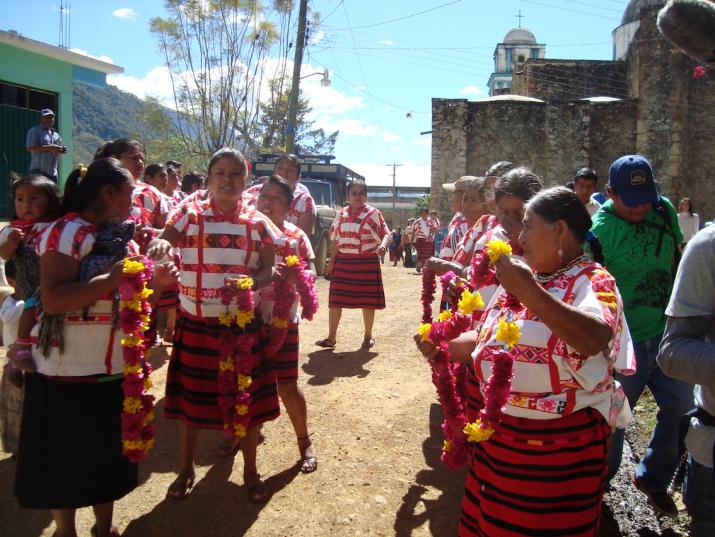 Earlier this year, we wrote a blog post, where we shared the launch of a pilot that tested mobile account adoption, rural mobile telephony and the viability of low-cost access points that connect rural communities to service networks. The program, designed by Telecomm Telégrafos in partnership with Banorte and REV, was deployed in Santiago Nuyoo - a rural community of 2,000 people, in the southern state of Oaxaca, Mexico. Located in the “Sierra Mixteca”, it can take locals over two hours by truck to reach Tlaxiaco, the closest town with mobile coverage and bank branches.

In this pilot, Telecomm Telégrafos enabled satellite coverage for 950 people in the community that allowed them to conduct local calls, as well as to send and receive local text messages.   "Pagos Móviles" users were also given a debit card, in addition to being able to conduct balance inquiries and P2P transfers.  In this phase, there were no charges for local-switched voice service and local text messages. In addition, mobile payments remained a closed-loop system, in which P2P transactions could only be done between members of the community participating in the pilot.

After eight months of operation, CGAP conducted an analysis that looked more closely at the transactional data generated by the use of these mobile accounts, identifying transaction patterns and inferring consumer behavior that explained general activity trends and usage of the product.

Some of the early insights we gained into rural mobile adoption are: We were also able to identify 3 types of customer profiles: savers, P2P users, and transactional users.

CGAP expects to conduct additional qualitative research with different user profiles to (i) more deeply understand and validate the profiles; and (ii) understand the value proposition of this instrument when compared to other options.  So far, the early results are both interesting and encouraging, and we expect these analyses will help refine and strengthen the value proposition that mobile payments can have for rural communities in Mexico. Preventing the Digital Trail from Going Cold: Lessons from Mexico

In recent years, digitizing and delivering Government to Person social payments into individual recipients’ bank accounts has been considered a potential gateway to financially include significant numbers of poor people. A five-year project in Mexico is analyzed to help answer key questions.

The challenge of TELECOMM

The challenge of TELECOMM-TELEGRAFOS was to solve a complex problem: How to run a self-sustained operation in a rural and remote communities below the 2,500 population mark ? An inclusive approach to all the economic entities, the commitment of the community by investing time and resources to set-up the local TELECOMM Office and a comprehensive enabling strategy to the target population with financial education and technology adoption workshops were key in reaching these levels of adoption in such a short period of time.

congratulations on this exciting development of useful technology for rural needs. It substantiates the received wisdom that poor people want a safe place for their savings. It's worthwhile seeing that a good proportion trusted the system within a relatively short time. We would like to find out if it is possible to conduct a similar research project in rural Tanzania with a Microfinance institution with challenges in secure money handling.

01 November 2012 Submitted by ctellez (not verified)

Hi Phyllis
Thank you for your interest. At the moment we are not working in Tanzania but we will let you know if that changes in the future.

Is there any way to have

Is there any way to have access to the data regarding this or similar pilot project?

Dear Martha,
This is one emblematic project in Mexico.
Is there any recent follow-up regarding this project?
How the 2013/14 Financial Reforms in Mexico are impacting the development of the project, or the leveraging of mobile financial service in rural areas in Mexico?
Thanks.
Best regards,
Luis